If you are an ambitious hunter/jumper rider looking for a new place to achieve your riding goals and compete at some of the top shows along the east coast, Rolling Acres might be for you! Rolling Acres has a team of riders who regularly compete at rated shows from Vermont to Florida. Located in Brookeville, Maryland Rolling Acres has a few select openings for active competitors looking to take their riding to the next level and have fun while doing it!

Learn more about the team and the farm at: http://www.rollacresshowstables.com 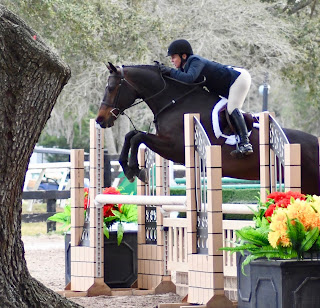 We express our gratitude and salute our fallen heroes today and every day.
From all of us at Rolling Acres, Happy Memorial Day! 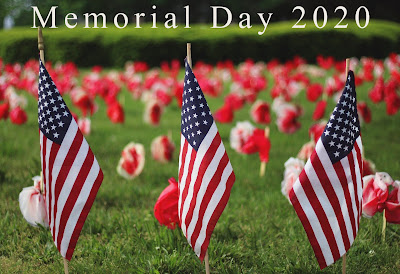 We are continuing our weekly spotlight series of our staff so everyone can get to know Team RASS! Today we are talking about the newest member of the team who has actually been here her entire life…Ashley Foster!

Ashley has ridden since she could walk but her earliest riding memory was competing her small pony Spongebob. She recalls making the decision to leave a stride out in a line and falling and breaking her collar bone. Ouch! That was obviously not a deterrent since she went on to win numerous championships in the pony, junior hunter, equitation, and jumper divisions throughout her junior years.  When asked what she felt her greatest accomplishment was as a junior rider she named two: winning her first Grand Prix on Indy and being Champion Junior Hunter at Capital Challenge, Washington, and the National show on Charade (both when she was only 16-years-old!). Although Ashley rode several horses and ponies throughout her junior career she has a soft spot for Charade. As a junior rider, Ashley was nervous just as most riders are. She explained that the best way for her to combat the nerves was to listen to music and carry that with her as she rode. (No particular song or genre of music, just whatever struck her that day).

After finishing her college career at Auburn University, Ashley graduated with a major in horticulture. While there, Ashley competed on the equestrian team for Auburn. A few of her NCEA accolades are: winning one National Title, one SEC title, and being All-American, MOP, and NCEA rider of the month several times! Ashley credits her team experience at Auburn with many life lessons learned.  As a junior rider, she explains that you are really just riding for yourself, but as a team rider you not only ride for your point but you help others on the team win their points too by maintaining motivation, support and friendship throughout.
After finishing college the most logical next step in life was to become an equestrian professional, but Ashley decided to compete as an amateur for a year so she could learn more about the business before making that decision.

As an adult rider, Daliante M has been her most trusted mount–Ashley says that she felt like she could jump anything on her! We asked Ashley what she thought she might do if she weren’t a professional equestrian. She told us that she would probably work for a feed company or some sort of company that directly deals with horses…she can’t imagine her life without horses!

For her future plans Ashley strives to continue as a professional equestrian while learning all that she can. She has amazing mentors in her mom (Patty Foster) and Aunt (Mary Lisa Leffler). She told us that she wants to learn the best of both of them as a trainer, hunter, and jumper rider.

A couple of quick facts about Ashley you might not know:

We are so happy to have Ashley on team RASS as she continues her career and follows in her mom and aunt’s footsteps!

Good morning! We are continuing our weekly spotlight series of our staff so everyone can get to know Team RASS! Up next, the wonderful Addie!

Although Addie is one of the newest members of the RASS management team she has many years of experience with horses. Addie began riding at age four when her grandfather was out motorcycle riding and saw a sign at a local farm advertising pony lessons and the rest is history. Addie comes from a boating family and she actually had her own boat and boating license as a child, but she promptly told her dad that she would rather spend her time with ponies.

Addie started working at Rolling Acres in 2014 and has been a huge asset in dealing with the day-to-day management of the horses on the farm. Being at Rolling Acres also gave her the opportunity to attend a different level of competition and she was able to qualify and compete at the Pennsylvania National Horse Show and the Washington International Horse Show…two major goals on any show riders bucket list!

A couple of quick facts about Addie you might not know:

Thanks Addie for all you do for us!

Since we won’t have horse show results to share for a while, we are continuing our weekly spotlight series of our staff so everyone can get to know Team RASS! Today is about Pam Saul!

Pam is the behind-the-scenes lady that takes care of all of the necessary evils we like to call bookkeeping!  Pam is the oldest Nicholson daughter by just nine months. She led the way growing up riding, competing and taking care of chores on the farm. In 1998 Pam had to retire early from her riding career for medical reasons, but she still loves coming to the barn daily and giving her “ponies” treats and scratches each night.

Pam will tell you that she started doing the bookkeeping work because no one else really wanted to do it.  She also learned that she excelled at it and ended up making it her career!  Pam is a Quick Books Pro Advisor as well as an AIPB certified bookkeeper and owns her own business, Farm & Equine Business Services, LLC.  F.&E.B.S. specializes in bookkeeping, payroll management, business plans, and anything else that has to do with running a business and she is our go-to lady for all RASS administration!
Pam’s favorite part of farm life is the peace of being around and caring for all of the animals. When asked what her biggest accomplishment in life is thus far, she quickly exclaims her children Kristina and Kimmy!
A couple of quick facts about Pam you might not know:
Thank you Pam for all of your work from behind the scenes keeping RASS thriving!

Good morning all! Since we won’t have horse show results to share for a while, we thought we might do a weekly spotlight series of our staff so everyone can get to know Team RASS! Up next is Mary Lisa Leffler!

As the youngest daughter of Bud and Janice Nicholson, it was in the cards for Mary Lisa to be a rider.  She started riding at the young age of four. As a young rider Mary rode both English and Sidesaddle. Her competition career started in the Leadline division and has taken her all the way to the International Jumper ring.

Mary has pages full of championship honors from shows up and down the east coast, as far west as the Mississippi and across the Pond to represent the United States in Finland, Denmark, and Sweden. If you ask her what her greatest accomplishment is as a rider she will tell you it’s retiring two major trophies at Devon and Harrisburg. (And in case you didn’t know, you have to be champion for 3 years to retire a trophy!!) She will also tell you that ‘Graf Rossini S’ has been her favorite jumper and ‘Legend Has It’ her favorite hunter to ride—although it took her a long time to decide because she has had so many horses she has loved. 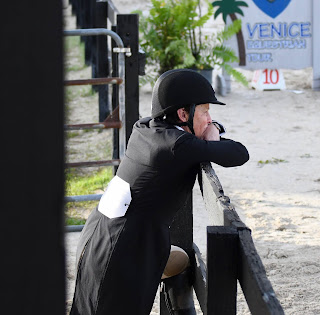 In 1994 Mary Lisa decided to join her sister Patty in running Rolling Acres Show Stables as the professional rider and additional trainer.  To date, coaching Patty’s daughter, Ashley Foster, to the A/O Jumper Championship and Leading A/O Jumper Rider at Harrisburg has been her biggest highlight as a trainer.  In 2009, Mary also added to her resume by becoming a USEF ‘R’ HU/HE judge.

Each year Mary looks forward to competing the most at the Lexington Spring Shows and she loves judging at Devon.  She also loves judging the Green 3′ division because it shows the young, up-and-coming horses.  This year Mary is looking forward to getting her newest horse, ‘I Dottori VD Richter (Doc)’, to the Grand Prix ring.

A couple of quick facts about Mary you might not know:

Thank you Mary for all you have done over the years for Rolling Acres Show Stables!

Good morning all! Since we won’t have horse show results to share for a while, we thought we might do a weekly spotlight series of our staff so everyone can get to know Team RASS! Up first is Rolling Acres founder, Patty Foster.

Patty is the middle daughter of Bud and Janice Nicholson, owners of Rolling Acres Farm.  Patty grew up fox hunting, participating in Pony Club, 4-H and local horse shows. When she was 17 years old, she and her sister Mary Lisa went to Wellington, Florida to compete for the first time and after that there was no looking back! Patty rode in the hunters as well as side saddle competitions during that time. In 1976 Patty was the National Side Saddle Champion!

Patty decided to share her knowledge of riding and horsemanship with others and started teaching in 1981. There are too many championships to list in Patty’s long trainer resume, but the one that stands out most in her mind is from the year 1988. Her rider, Kristina Lyhus, piloted Casey Jones to the National Medium Pony Hunter title, was Medium Pony Hunter Champion at Pony Finals, and was Champion at Harrisburg that year. (All of this was accomplished in his Green year too!)

While Patty loves training at all levels and in all rings the pony ring is by far her favorite and her favorite horse show to attend is Roanoke.

A couple of quick facts about Patty you might not know:

Thank you Patty for all you have done over the years for our riders and as founder of Rolling Acres Show Stables! 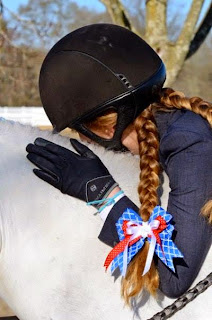 Thinking about the future and your riding? Take your competitive edge to the next level and join us at Rolling Acres Show Stables, located in Brookeville, Maryland. Now is the time to plan for the future and consider your next move!

Boarders train and show with one of the top hunter/jumper barns on the East Coast. RASS has select openings for active competitors at our home base in Maryland. Coaching riders from Short Stirrup to Grand Prix and attending rated shows from Vermont to Florida each year! Learn more about us at: http://www.rollacresshowstables.com

Finishing up this week with the re-share of photos from the 2020 season. We hope everyone is staying safe and can’t wait to be sharing results with you again some day! As always special thanks to our very talented Sheryl Sutherby for taking these pictures! 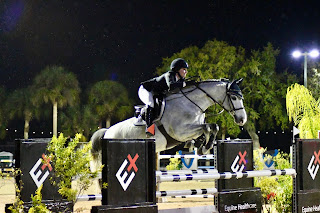 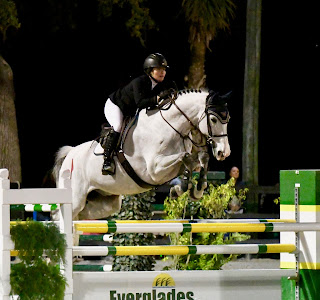 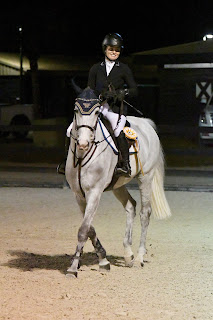 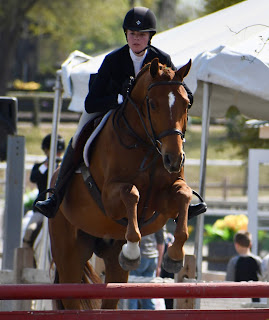 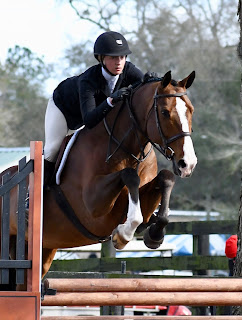 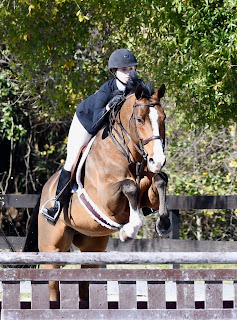 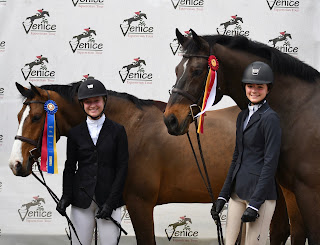 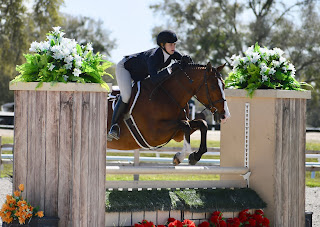 Continuing to re-share some more photos from the 2020 season so far to hopefully bring a smile to your face on this Tuesday morning at home! Stay safe everyone! 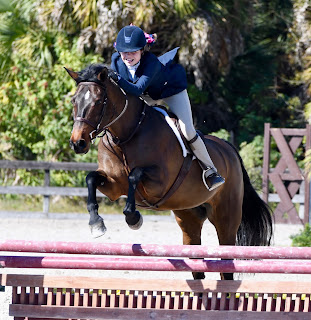 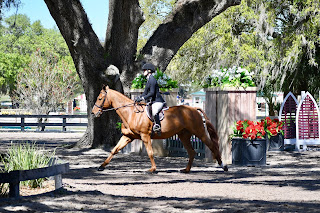 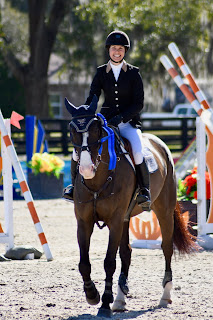 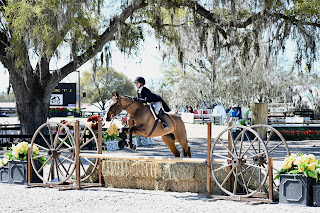 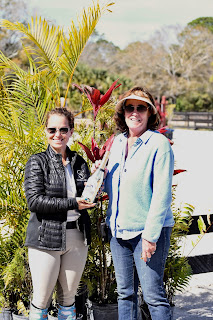 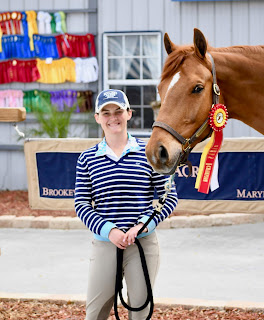 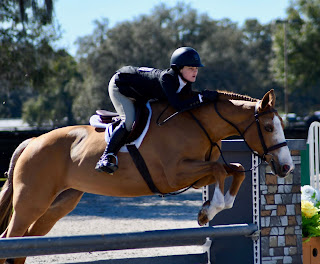 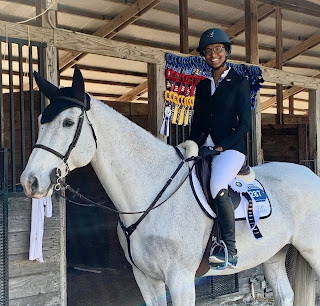