Here are the results from this week at the Blue Rock Classic: 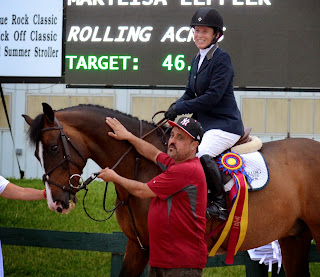 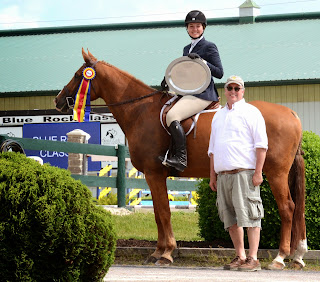 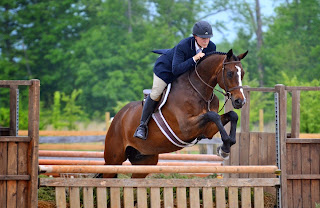 Out On Bale and Kevin Foster

Way to go everyone! Thanks to Sheryl Sutherby for the wonderful photos as usual!

Here is part of the press release on Mary Lisa’s big win:

Leffler and Carlot, owned by Rolling Acres, were one of three combinations to produce a clear first round effort and advance to the jump-off, in which Carlot delivered a repeat clear performance.

The first round course, designed by Catsy Cruz, saw riders run into small difficulties throughout with rails falling across the course. Particular trouble came for many riders over the second to last fence: a vertical set a tight four strides out from an oxer-vertical combination.

“I think [Catsy] did a great job. In the last line I think they got tired, so I think you had to really ride in to protect enough and then pull with everything that you had to fit the four,” Leffler said. “I think that got some people a little bit.”

We also want to send a big thank you to the unsung heroes of our horse shows. Here is Raul with Baley between rounds for the Derby. 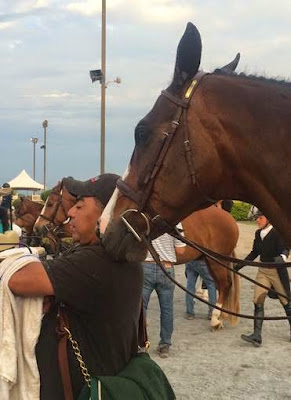 Weekly Show Results are In!!!